The Knights of the Deep

Hi to you all history enthusiasts!

I presume that some of you would’ve recognised some of the badges and autographs in our pictures below this article.

Even if so, I will indulge myself in telling some of their stories.

The first piece on the left is a WW2 flotilla and submarine badges collection whilst the second is a 1960’s U-boat commander’s reunion calendar autographed by no less than 16 German submarine aces.

Amongst the signatures we can recognise with ease the names of Karl Donitz, Otto Kretschmer, Erich Topp (well known for sinking the first US Navy warship in World War II), Heinrich Willenbrock, Richard Zapp, Hans Witt or Heinz Moehle.

In total these aces and their crew sank 260 ships, totalling over 1.4 million registered tons.

Returning to the collection of flotilla badges, I will mention a couple of things about a few of them and let you read more if you are interested on our website.

The “laughing Swordfish” of the 9th U-Boat Flotilla captained by Heinrich Lehmann-Willenbrock, the former commander of U-96 is probably the most known due to the TV Series ‘Das Boot’. If you haven’t seen it I strongly recommend it!

Another recognisable badge is the one belonging to the 1st U-boat flotilla and commanded by Karl Dönitz at the beginning of the war. The third one is the one of the 10th flotilla, based at Lorient under the command of Günther Kuhnke.

From the multiple stories related to the 10th flotilla I will pick the one related with the submarine U-853.

On her first patrol U-853 was under the command of Kapitänleutnant Helmut Sommer, who on 25 May 1944 spotted RMS Queen Mary.
The ship was loaded with American troops and supplies for Europe.

The U-boat submerged to attack, but it was outrun by the much larger and faster ship. Proving a fantastic courage and determination, Sommer surfaced the boat in Queen Mary’s wake to gain some advantage.

He was immediately attacked by the Swordfish aircrafts of the carriers Ancylus and Empire MacKendrick.

Captain Sommer ordered to return fire, hitting all three attacking aircraft. Unfortunately he suffered 28 shrapnel and bullet wounds. Even so he still managed to give the order to submerge, saving the boat from certain destruction.

After this episode the submarine continued to be hunted by USS Croatan escort carrier for a total of three weeks. U-853 lost two men killed and 12 wounded in the process.

With its captain incapacitated the twenty-three-year-old Oberleutnant zur See Helmut Frömsdorf took command of the boat on 18 June and returned it to Lorient. For him this was his first ever command.

Most of the submarines of the 10th Flotilla were less lucky than U-853 and were chased to their doom. The force suffered so many losses that on 21 August 1944, Kuhnke saw his unit dissolved.

With no flotilla left to command he assumed the captaincy of his last remaining U-Boat and made it to sea.
The U-boat was, of course, U-853.

He set sail on 27 August 1944 to operate in the Western Approaches off the British Isles.

After seven weeks of operation and no successes the crew’s morale was close to the limit. This determined the captain to make for Flensburg in Germany.

Once there he left the command in the hands of the good old Oberleutnant Helmut Frömsdorf.

Fromsdorf was ordered to go back out and harass US East coastal shipping. So, on 23 of February 1945 the boat was again at sea hunting.

But, Germany was losing and the submarine war and its crews had less and less chances of survival.

On 23 April 1945 our submarine was discovered by USS Eagle who fatally torpedoed it near Portland, Maine.

The boat went down with 67 of its crew, only 13 remaining alive to tell its story.

There is a lot to say and read about this subject so I encourage you to do some research about it. 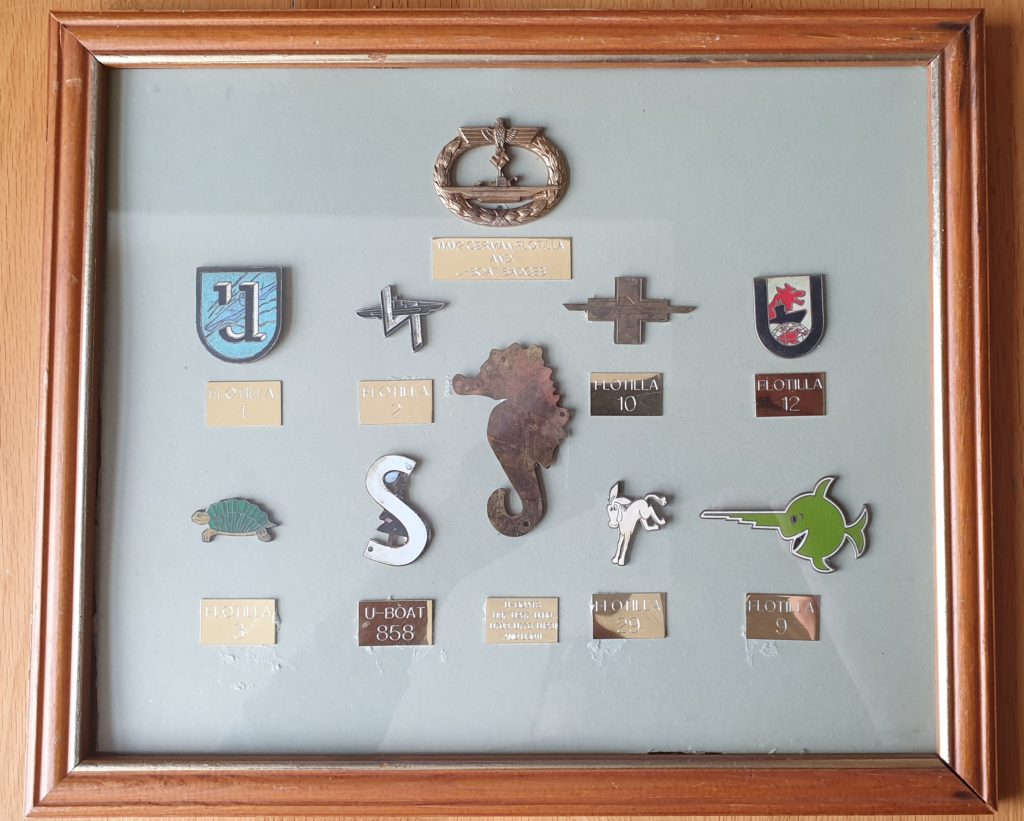