This one has the regiment mark of “B63” under the cross guard.

Used in the Napoleonic wars amongst many others, the 1796 sabre had a pronounced curve, making the kind of slashing attacks used in cavalry actions decidedly easier. It was also broader towards the tip to enhance the balance and cutting proficiency, This Sabre was designed by  a young captain of the 2nd Dragoon Guards, serving as a brigade major, John Gaspard Le Marchant.

The blade is remembered today as one of the best of its time and has been described as the finest cutting sword ever manufactured in quantity. Officers of the famous 95th Rifles, other light infantry regiments and the “flank” companies of line regiments adopted swords with an identical hilt to the 1796 light cavalry sabre, but with a lighter and shorter bladeThe sabre was also copied by the Prussians; indeed, some Imperial German troops were equipped with almost identical swords into the First World War. The Americans also adopted a pattern which was directly influenced by the British sword.

Pitted overall but still solid and complete, the wooden grip has been partially repaired historically (see pics) The blade edge is good.

Please see the pictures as these form part of our condition report. 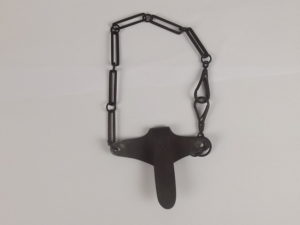 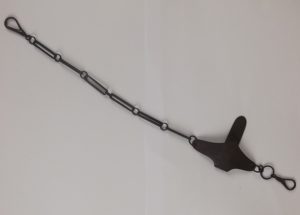 £110.00
This is an 18th century sword hanger that would have clipped on to an existing belt and the chain would
Add to wishlist
Details 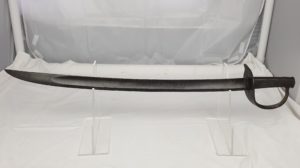 £450.00
Here we have a good example of a French 1833 pattern naval cutlass, most probably a Crimean war period. The
Add to wishlist
Details 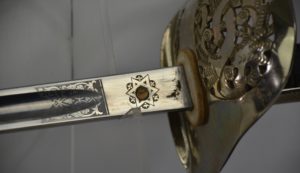 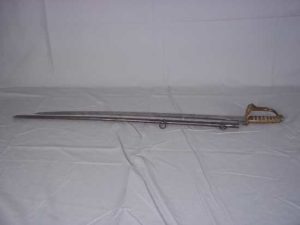 £550.00
The sword is complete with wire bound fish skin grip, open guard and metal scabbard. The base of the blade
Add to wishlist
Details 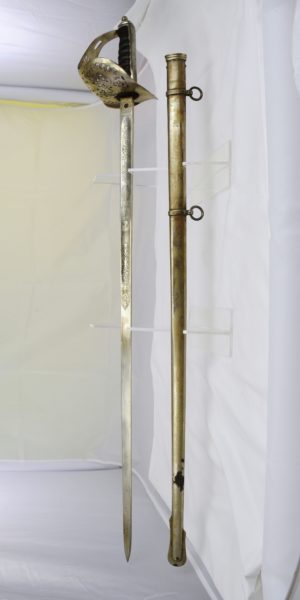 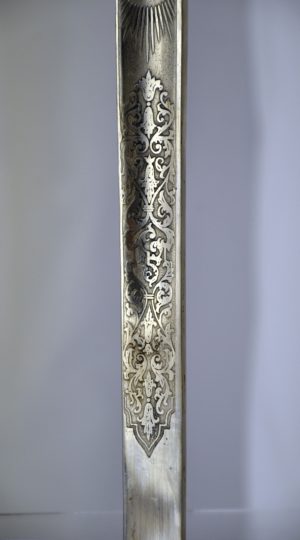 £350.00
The 1897 pattern infantry officers’ sword is a straight-bladed, three-quarter basket hilted sword that has been the regulation sword for
Add to wishlist
Details 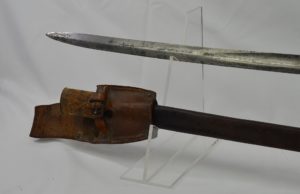 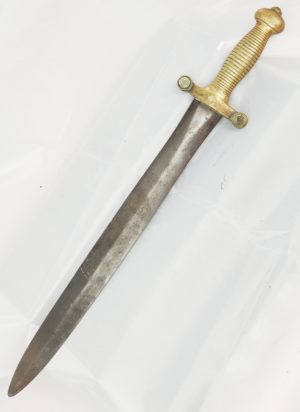