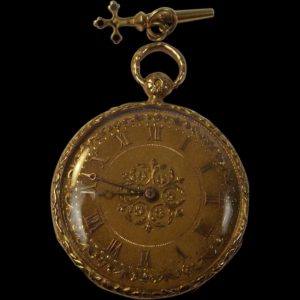 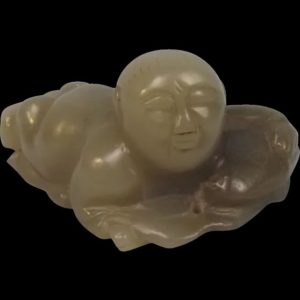 Chinese Qing Dynasty Jade Pendant Of A Boy With A Carp £380.00

Your offer was successfully sent!
You made an offer. We will contact you shortly.
Add to wishlist
SKU: SA_RL_2217 Category: Pocket Watches
Description

A beautiful antique French gold pocket watch by Charles Oudin, in fine condition dating to the first half of the 19th century.

The watch has a gorgeous solid gold foliate engraved case with similar detailing to the bow.

The watch is half hunter style with an offset silver dial under a glass crystal.

The back of the inner cover has a serial number, somewhat worn reading ‘372(90?)’, the last two digits being rather worn and only partially visible.

The watch has a key wind movement, unsigned.

The case, as mentioned is solid gold with foliate engraving throughout. There is a French gold standard mark to the back of the case of what appears to be a bull with the number ‘3’ above. This was a gold standard mark used in France between 1819 -1838. Unfortunately we have not been able to find much more information regarding the hallmark other than there were three standards 1,2 and 3, but through researching Oudins work and comparing the watch to others of a similar era, style and quality we are confident that the mark denotes 18ct gold.

The watch comes with a modern key.

The dial has a diameter of 29mm.

The watch has a diameter of 41mm.

The watch is in a wonderful condition with very minimal wear.

The engraving both front and back is crisp, with only a little wear to some parts of the bow.

The dial is free from damage and is quite clean (it could maybe do with a little polish to bring out the best in it).

The crystal has just the tiniest scratch at the ten o ‘clock position but this is barely visible.

The front and inner hinged parts of the case open and close without problems, but the case back itself does not snap closed and will need looking at, though this is a minor issue as it is not damaged as such.

The watch is in good working order.

Founded in Paris at the end of the 18th century by Jean-Charles (known as Charles) Oudin, the company is one of the oldest French horology firms.

There were four generations of Oudins who were clockmakers, Charles Oudin, the best known member of this horological dynasty,
established his business toward the end of the 18th century, devoting himself to luxury and precision clocks and watches.

Having worked under the famous watchmaker Abraham-Louis Breguet, he was given permission to sign his watches “Charles Oudin,
élève de Breguet” (Charles Oudin, student of Breguet).

Oudin’s watches were, indeed, on a par with those of his master.

Oudin took part in many of the important exhibitions of the 19th cntury and made many extraordinary watches for Europe’s royal
families.

Among his most famous clients were the Russian Czar and Czarina, the King and Queen of Spain, the King of Portugal, Empress
Josephine, Napoleon III, the Count de Chambord, the King of Italy, the King of Greece, and Pope Pius IX 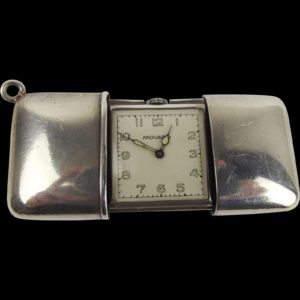 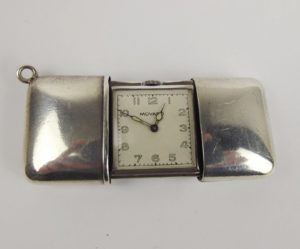 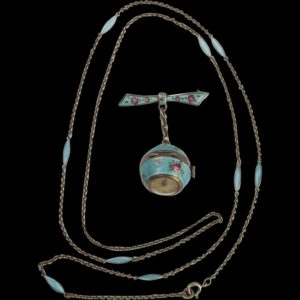 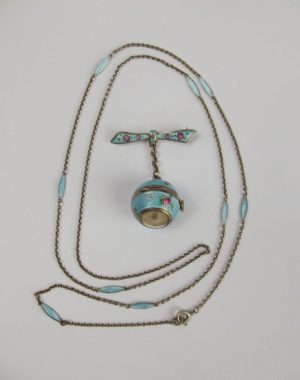 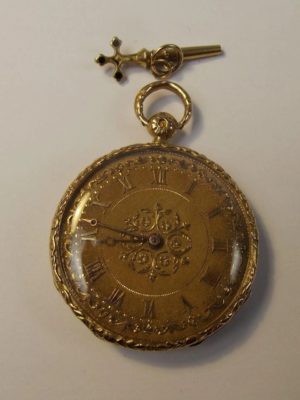 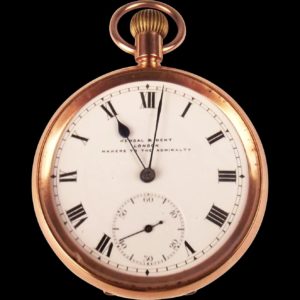 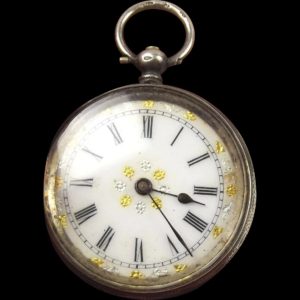 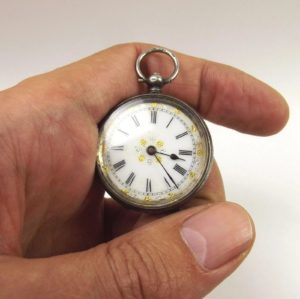 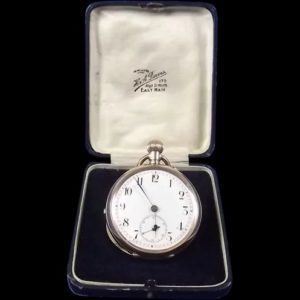 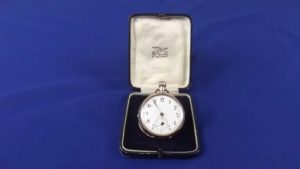 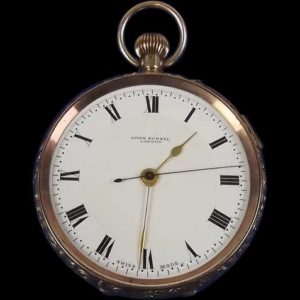 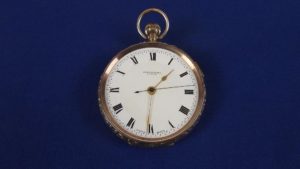 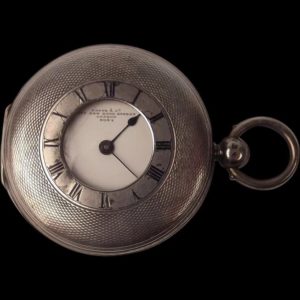 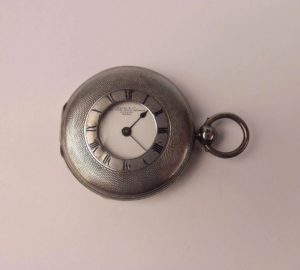