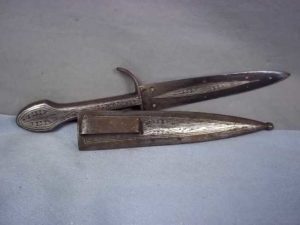 A compact 19th century Russian/Caucasian Kinjal (Kindjal) dagger with its scabbard £345.00
Back to products
Next product 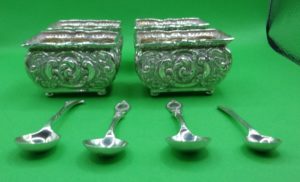 The dagger has been recovered from the Khartoum battlefield and it was used in the first part of the Mahdist War at the siege of Khartoum.

Each blade is etched with raised Mahdi Islamic script to both sides.

The scabbard and handle are covered in multi-coloured glass beads and strung with cowrie shells.

The blades darkened but the metal remains clean, free of any damage and with few spots of surface rust.

The glass and sea shell decorations of the scabbards and grip are very well preserved with minimum wear.

The Mahdist War (1881–99) was a British colonial war of the late 19th century, which was fought between the Mahdist Sudanese of the religious leader Muhammad Ahmad bin Abd Allah, who had proclaimed himself the “Mahdi” of Islam (the “Guided One”), and the forces of the Khedivate of Egypt, initially, and later the forces of Britain. From 18 years of colonial war resulted the joint-rule state of the Anglo-Egyptian Sudan (1899–1956), a condominium of the British Empire and the Kingdom of Egypt.

The British participation in the colonial war is called the Sudan Campaign, which is vividly described in The River War: An Historical Account of the Reconquest of the Soudan (1899) by Winston Churchill, a participant in the war; other names for this colonial war are the “Madhist Revolt,” the “Anglo–Sudan War,” and the “Sudanese Mahdist Revolt.” 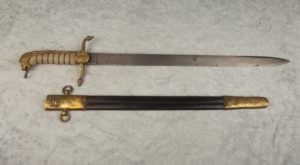 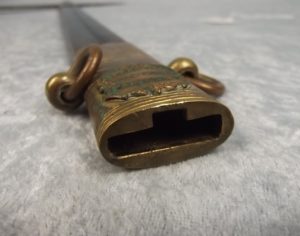 £450.00
This desirable dirk has a white shagreen grip and standard fittings with the gilt brass lion head pommel. It comes
Add to wishlist
Details 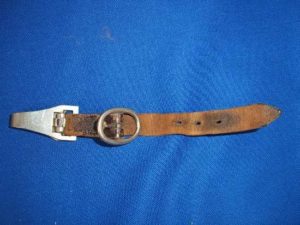 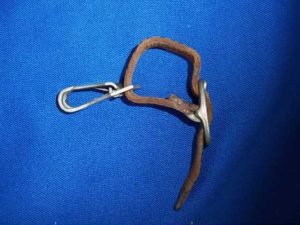 £95.00
This is a WW2 German SA dagger single hanger made of brown leather. It is fitted with steel clip with
Add to wishlist
Details 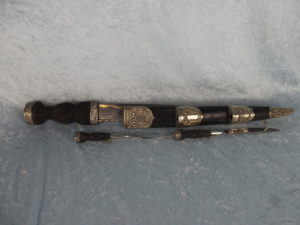 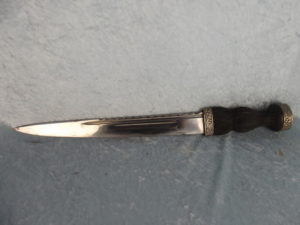 £2,950.00
The ebonised carved handle has a basket weave grip with broad leaves border with a small nipple pommel. The knife
Add to wishlist
Details 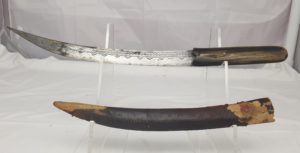 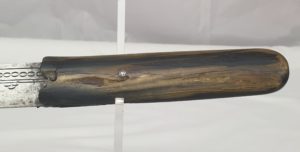 £50.00
Possibly from the Persian region, this dagger bears decorative markings on the curved blade. The grip is made from cow
Add to wishlist
Details 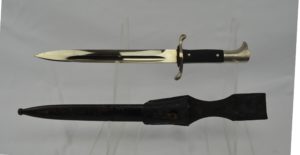 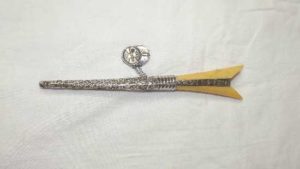 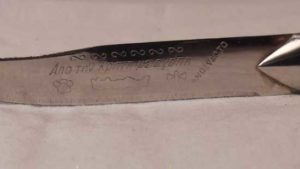 Greek White Metal & Horn Dagger from the Island of Crete 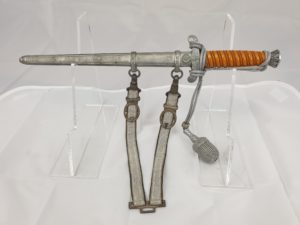 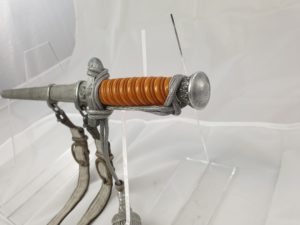 £650.00
Made by Eichorn of Solingen.
Add to wishlist
Details 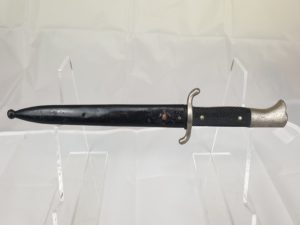 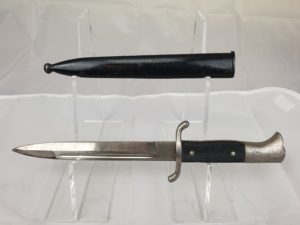