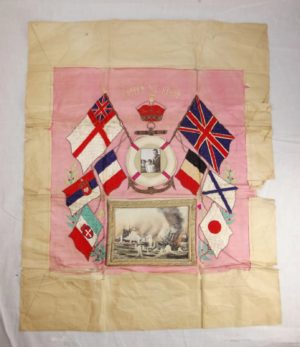 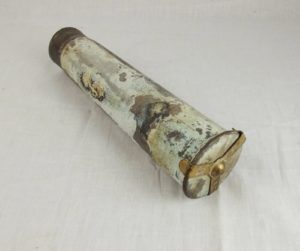 Your offer was successfully sent!
You made an offer. We will contact you shortly.
Add to wishlist
SKU: SA_RL_481 Category: Ammunition & Spare Parts
Description

The primer cover is of brass; it clips on the end of the shell and was used to protect the primer during storage and transportation. It would have been removed before use. These covers were only used on tank shells.

The covers are rather rare and we find they do not come up for sale very often.

The primer cover is stamped with the broad arrow mark, the initials ‘KN’ within a drum/barrel mark with ‘III’ below.

The shell is a standard 3 inch tank shell. It has multiple stamps to the underside (please refer to images).

The shell looks to have been salvaged from water/the sea and has a chalky/salty residue in parts and a slightly dulled finish.

The shell has a few splits near the upper end.

The primer cover has fared much better and still retains much of its polished finish. It is damage free. 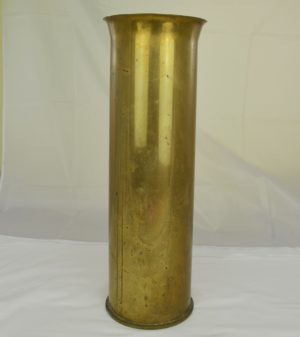 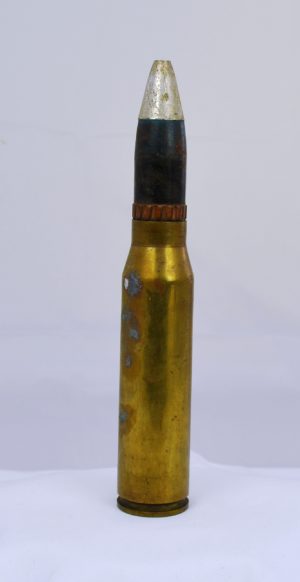 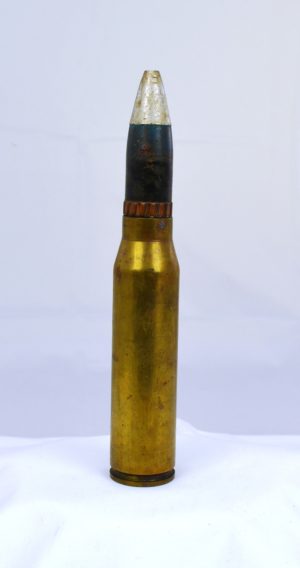 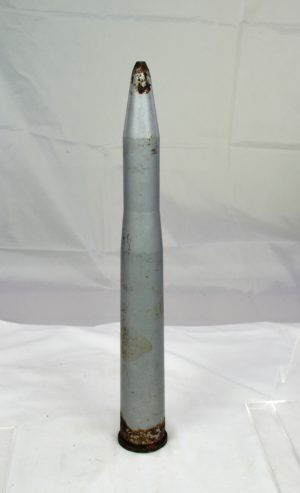 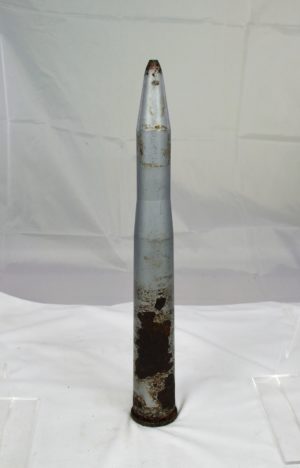 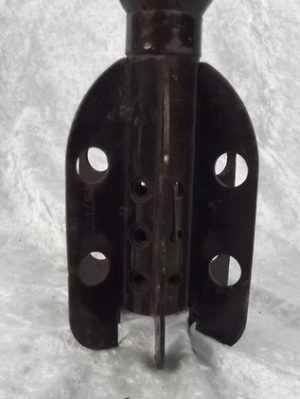 £250.00
The mortar round is made of a large weighted body coloured in military green, large metal tip & a tail
Add to wishlist
Details 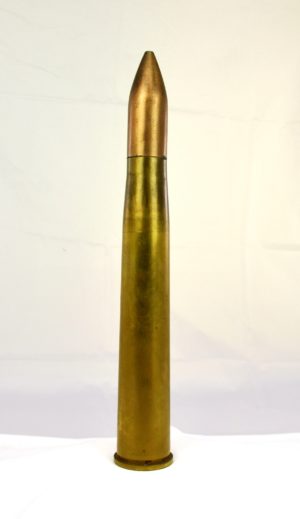 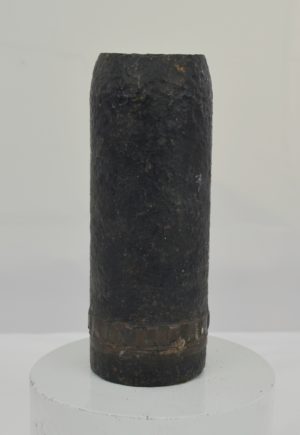 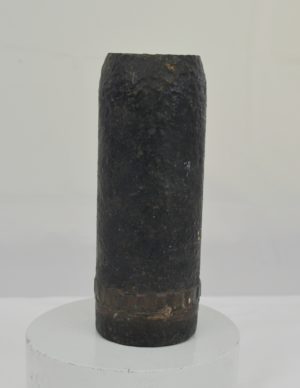 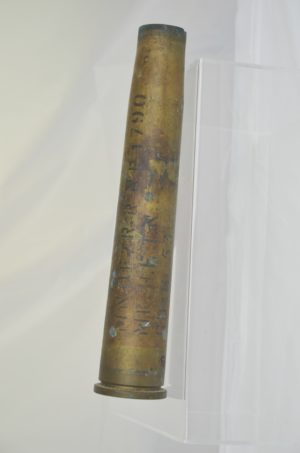 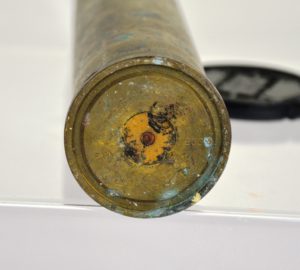 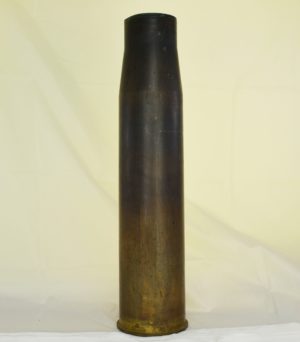